World’s top sidecars racers fight it out in Imatranajo 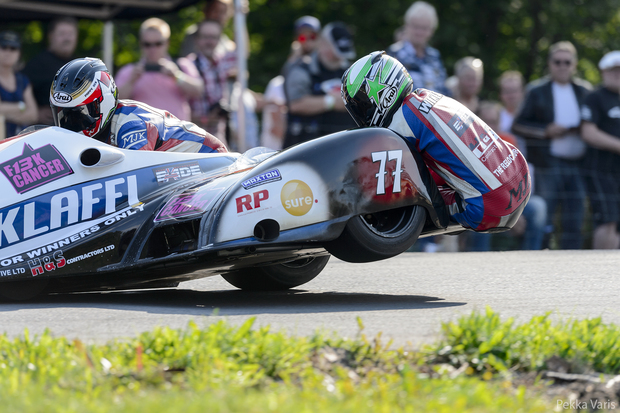 World’s fastest outfits will be present at Imatranajo, where the top World Championship contenders Pekka Päivärinta and Jussi Veräväinen fight it out with Tim Reeves and Mark Wilkes, currently on second place in the championship standings. Another international top contender is the IDM front-runner outfit of Mike Roscher and Anna Burkard.

In 2018 sidecars were absent from Imatra, but the situation will change following spectator requests.

– Last year we didn’t race sidecars in Imatranajo, but following feedback from the spectators we re-introduced them to the schedule. Apart from the spectators, also competitors are keen to race sidecars at Imatranajo, and at the moment there are several Central European outfits interested in participating, states Juha Suikkari from Motorclub Imatra. Suikkari says he’s expecting several registrations from international outfits in the near future.

Racers participating in the Finnish championship series who have confirmed their entry in Imatranajo include the reigning champions Markku Artiola and Kasper Arokivi, runners-up Timo Kallio and Jere Nuppola as well as Petri Virtanen with Arto Pöyhönen and Tero and Joni Manninen.