Danny Webb the champion of Imatra 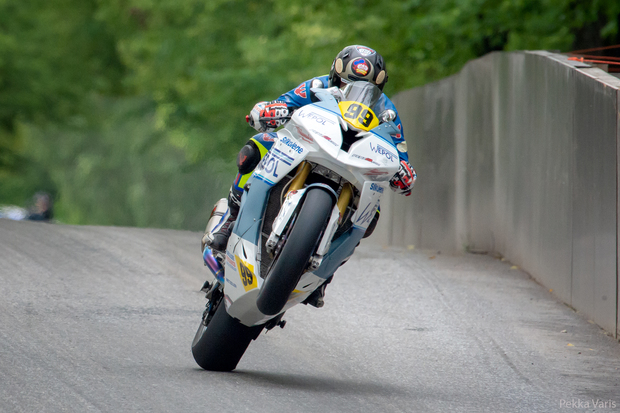 Sunday morning in Imatra dawned grey again and the track was soaked with rain. Riders weren't too keen to part in warm up sessions on a wet track and none of the classes saw even half of the participants on the track.

In the afternoon, however, the track had already nearly dried. Starting from the pole in Open 600 race, Pauli Pekkanen shot to the lead followed by Thomas Walther and Horst Saiger. The race was stopped after a first-lap accident involving Felix Nässi and Christian Schmitz.

In the six lap restart fastest off the line wer Pekkanen, Walther and Anssi Koski. Others were unable to match Pekkanen's speed and despite a proper effort, Koski couldn't challenge Walther, who finished second.

Also Open 1000 class saw the first start red flagged on lap one with a six-lap restart. First off the line was Danny Webb, followed by Didier Grams and Erno Kostamo. Webb pulled distance to Grams and Kostamo, who in turn were walking away from the rest of the field. Kostamo managed to overtake Grams in the back straight chicane, so the order at the chequered flag was Webb, Kostamo and Grams.

In Lightweight class Jarmo Malinen took the sharpest start, but got nearly instantly overtaken by Henrik Voit. Also Ari Lampinen and Timo Paavilainen managed to overtake Malinen. Voit won with a margin; also the distance between Lampinen and Paavilainen was clear. 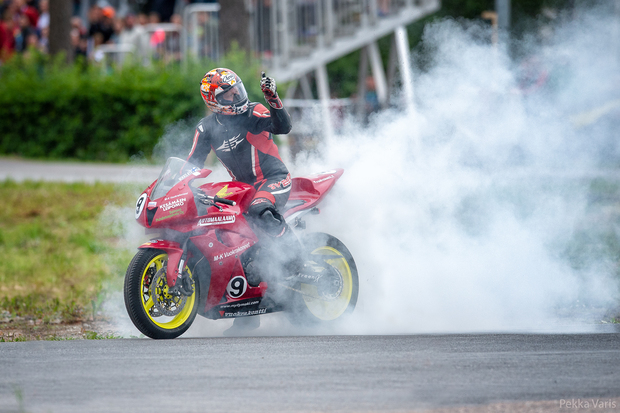 In the second IRRC Supersport race Matthieu Lagrive was fastest off the line, followed by Pauli Pekkanen and Jonathan Goetschy. Goetschy, however, jump started and due to a time penalty, was far behind, but on track he, Thomas Walther, Pierre Yves Bian and Laurent Hoffmann made a great fight for the crowd's enjoyment. About half way through the race the track was hit with a shower and Pierre Yves Bian crashed at the rail crossing and the race was red flagged.

As the track was cleared, a five-lap restart followed with starting grid determined by the previous start. With the track being damp, only Walther and Sebastian Frotscher decided to use slick tyres. Hoffmann was running threaded tyres and the rest of the field rain tyres.

Walther took a good start and was followed by Hoffmann and Pekkanen. Hoffmann passed Walther on the first lap and the two riders kept fighting hard until the end of the race. Lukas Maurer caught up with Pekkanen and managed to overtake him, taking himself to third on the last lap. Hoffmann, achieving his first victory in a long time, was absolutely ecstatic after finishing. 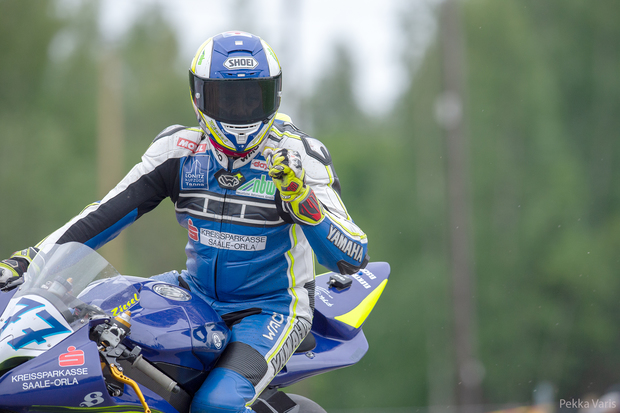 Just before race 2 of IRRC Superbike, a slight drizzle started to wet the track and race lead made a decision of a Wet Race. Only Horst Saiger changed slicks to wet weather tyres, however.

Following the weekend's formula, Danny Webb took the lead, followed by Didier Grams and Erno Kostamo. Kostamo managed to overtake Grams but wasn't able to match Webb's pace. Grams' race ended in a crash early in the race and Cerveny took third place. Cerveny tried to catch up with Kostamo towards the end of the race, but Kostamo, in control of the situation, managed to up the pace and hold his second place. Danny Webb remained undefeated in this year's IRRC Superbike and also got a new lap record of 1.50.616 to his name. 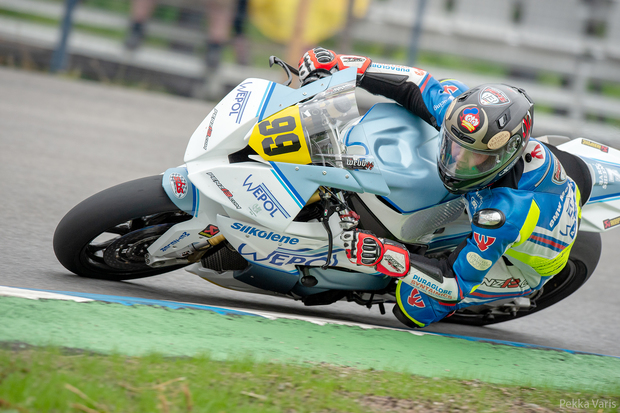 The complete results for Imatranajo weekend can be found here.